Licence to swill: Does James Bond have a severe alcohol problem? 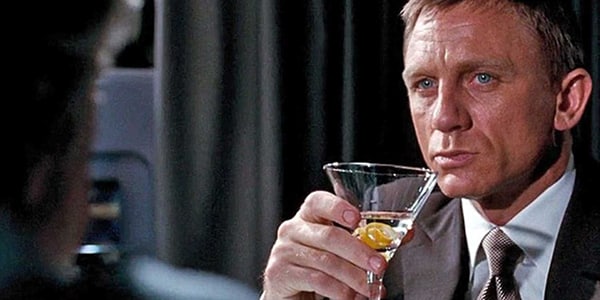 His request of ‘shaken not stirred’ when ordering a martini is a well-known catchphrase but it could also signify a deeper problem for 007. Researchers from the UK and New Zealand think that Ian Fleming’s fictional character James Bond has ‘a severe chronic alcohol problem’.

They reached this diagnosis after watching 24 James Bond films to describe the patterns of alcohol use over 60 years. There was a total of 109 drinking events, with a mean of 4.5 events per film. This, they noted, meant that his blood alcohol level was around 0.36 g/dL, which they claim is sufficient to kill some people. One memorable binge totalled 24 units of alcohol, which equates to six vesper Martinis.

The researchers from the University of Oxford and the University of Otago in New Zealand published their study in the Medical Journal of Australia’s Christmas issue. The report entitled Licence to swill: James Bond’s drinking over six decades, concluded: “There is strong and consistent evidence that James Bond has a chronic alcohol consumption problem at the severe end of the spectrum.”

“He should seek professional help and try to find other strategies for managing occupational stress. His workplace (MI6) needs to become a responsible employer and to refer him to support services, and to change its own workplace drinking culture.”

The tongue-in-cheek article also noted that Bond satisfied six out of 11 criteria necessary for those suffering with a severe alcohol use disorder. The spy’s drinking was reported to be particularly dangerous in view of the activities he chose to engage in following a drink or two. These included driving vehicles (including high-speed chases), getting in fights, high-stakes gambling, operating complex devices and machinery, contact with dangerous animals and extreme athletic performance.

The use of alcohol as a weapon, such as the use of bottles infights, declined over the six decades, but alcohol was used as a vehicle for drug delivery and for starting fires. In contrast, there was an increase in alcohol-related product placement, with brands such as Champagne Bollinger being associated with the films. It’s easy to over indulge at Christmas, but if alcohol misuse is a permanent concern, AlphaBiolabs can provide alcohol testing solutions including continuous alcohol monitoring to enforce sobriety. Please call 0333 600 1300 for further information, or email info@alphabiolabs.com