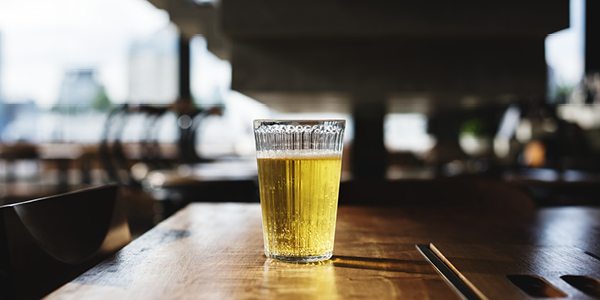 Inappropriate marketing and low-alcohol drinks promotions may be encouraging daytime drinking. A new study by Cambridge University has discovered that low-alcohol wines and beers are being marketed as drinks that can be consumed on additional occasions with an added implication of healthiness.

In its report [1], the researchers reviewed four of the UK’s largest supermarkets (Tesco, ASDA, Sainsbury’s and Morrisons) and concluded that advertising strategies may be increasing people’s overall alcohol intake. The findings cast doubt on the drinks industry contention that the development, promotion and marketing of low-alcohol products may reduce alcohol consumption and associated harms. Instead, the research highlights how such measures may actually benefit industry to the detriment of public health.

A review of the supermarkets’ websites revealed the products’ low-alcohol content was played down in favour of misleading slogans such as ‘lunchtime treats’, ‘perfect for all occasions’ and ‘to refresh thirsty sportsmen and women’. The worry is that such marketing messages may encourage consumers to use low-strength beer and wine as a replacement for soft drinks, such as at lunch, rather than as a replacement for normal strength alcohol. It also showed that the marketing of lower strength wines and beers was more likely to include text or images associated with health (such as fruit) and information about calorie and carbohydrate content.

“Marketing lower strength alcohol wine and beer as being healthier than regular strength products and suitable for all occasions may paradoxically encourage greater alcohol consumption”, says the researchers.