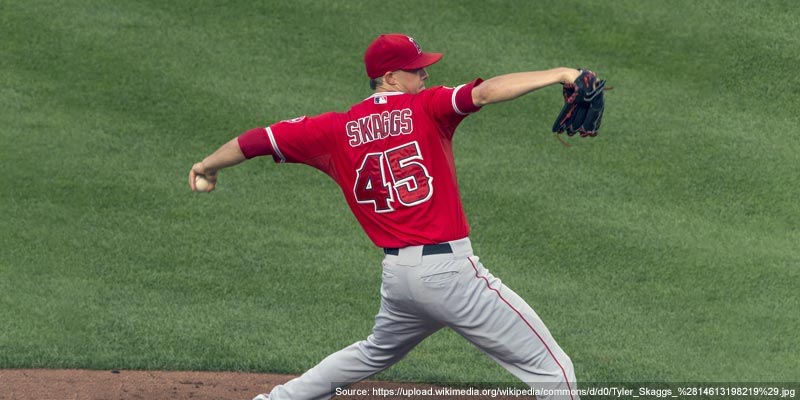 Major League Baseball (MLB)’s governing body has announced that marijuana will be taken off its banned substances list. The policy, which comes into effect in 2020, says players found to have taken natural cannabinoids, such as tetrahydrocannabinol (THC), cannabidiol (CBD) and marijuana, will be treated the same as those with alcohol-related issues.

Players who test positive for opioids, fentanyl, cocaine and synthetic THC will be referred for treatment. Players who do not cooperate with their treatment plans will be subject to discipline. Currently MLB players are tested for performance-enhancing drugs, but not routinely checked for recreational drugs, such as marijuana or cocaine

The revised policy comes months after the death of Los Angeles Angels pitcher Tyler Skaggs. The 27-year-old was found dead in his hotel room on 1st July, and an autopsy later revealed he overdosed on fentanyl, oxycodone and alcohol.

“It is our hope that this agreement, which is based on principles of prevention, treatment, awareness and education, will help protect the health and safety of our players.”

Both the Players Association and the league itself have raised concerns about opioid use among players, both supporting treatment rather than punishment.

“It is our collective hope that this agreement will help raise public awareness on the risks and dangers of opioid medications and contribute positively to a national conversation about this important topic”, said Halem.

Players and team staff will have to attend mandatory educational programmes in 2020 and 2021 on the dangers of opioid pain medications and practical approaches to marijuana.

Executive director of the MLB Players Association, Tony Clark, said: “Players from our side of the equation recognize that there was an opportunity to take a leadership role here in this discussion”.

“It was a part of a larger conversation that was reflective of the attitudes changing in many parts of the country”, he said.

Moves by some US states to legalise marijuana was a factor in making the change.

For information on any of AlphaBiolabs’ drug testing solutions for sporting organisations and members of the public, including our home drug testing kit, please call 0333 600 1300 or email us at info@alphabiolabs.com