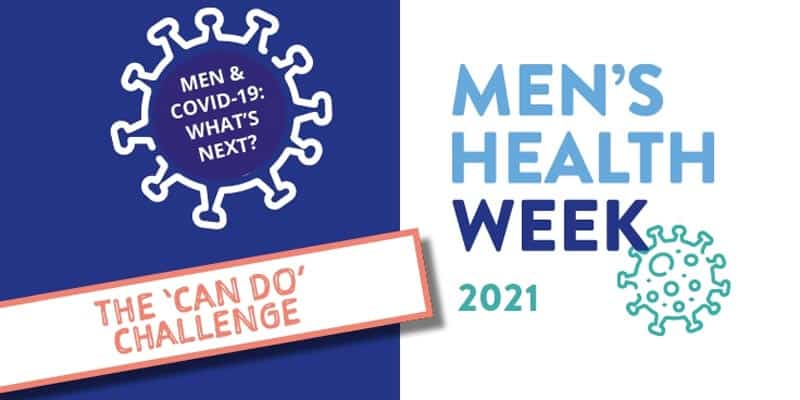 Statistics have revealed that 1 in 5 men die before they reach the age of 65. Across the globe, the gap in mortality rates between men and women has increased steadily over the last 40 years, with male life expectancy currently an average of four years lower than for women. Men’s health is often regarded as under-prioritised in global health policy and the issues behind these statistics not properly addressed.

Several men’s health organisations around the world are now campaigning for change – putting men’s and boys’ health firmly on the agenda and encouraging them to take control of their own health and wellbeing. The highlight of the campaign is the annual International Men’s Health Week, which takes place this week (14th – 20th June) in the lead up to Father’s Day.

The disparity between men and women when it comes to health is evident in so many areas. Data compiled by the Men’s Health Forum shows that men are twice as likely as women to have inadequate health literacy (understanding of signs, symptoms and medications), are less likely to visit their GP or a pharmacist, or to participate in health screening programmes for conditions such as bowel cancer.

There is evidence that men’s attitudes towards health are influenced by their sense of masculinity and a fear that acknowledging illness is damaging to their reputation as a ‘real man’. This often leads to men playing down symptoms and only seeking medical advice once the problem has become too big to ignore.

Despite reporting high levels of stress and depression, men are significantly less likely than women to access counselling or other psychological therapies, and less inclined to take time off work for fear that their boss might think badly of them.

Men are also more likely than women to partake in risky behaviours such as drinking alcohol and taking drugs. Social pressures and poor mental health are both key drivers for the large proportion of men who regularly drink to excess or take illegal substances. According to recent statistics from the NHS, in 2018/19 around twice as many men than women drank at increased or higher risk levels. They also accounted for 62% of alcohol-related hospital admissions and 67% of alcohol-specific deaths. Similarly, in a report from the Office of National Statistics (ONS), in 2019/20 men were nearly twice as likely to take drugs than women and accounted for more than two-thirds of deaths due to drug poisoning.

Heart problems, liver disease, pancreatitis, kidney disease, respiratory issues and cancer are all serious physical side-effects of excessive alcohol consumption or drug abuse, but the psychological effects can be just as damaging. Although many people turn to these highly addictive substances as a crutch during dark or difficult times, alcohol itself is a depressant and repeated drug use can cause long-term psychological effects such as anxiety, depression and paranoia.

The male health crisis has hit critical levels, with increased numbers of premature deaths, high suicide rates (3 out of 4 people who take their own lives are men, with suicide the leading cause of death in men under 35), dependency on drugs and alcohol, and lack of effective health provision for men and boys.

This International Men’s Health Week, start the conversation to help spread awareness. Focus on your own wellbeing, or encourage the men in your life to take charge of their own health. Remind them how important they are to you and that they deserve to live a long life of good male health.

AlphaBiolabs carry out drug and alcohol testing for local authorities, family law and child welfare organisations as well as members of the public. To learn more, call our Customer Services team on 0333 600 1300 or email info@alphabiolabs.com.