Opioid painkiller addiction: the time to act is now 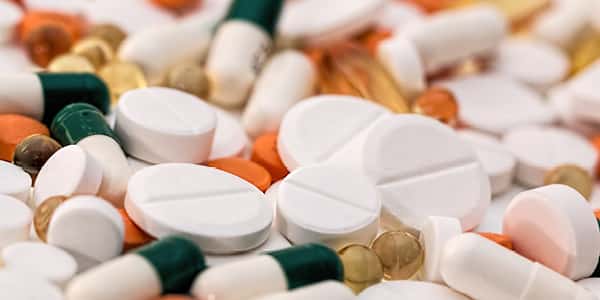 Opioid painkiller addiction has been branded an epidemic in the USA and Canada. Now a report from the Organisation for Economic Co-operation and Development (OECD) says there are increasing problems with abuse of the drug in other leading economies, including the UK.

The report includes data on opioid painkiller supply and deaths related to their use. It covers prescriptions, over-the-counter sales and opioids used for scientific research. The conclusions are stark: policymakers must be made aware of the risks and take notice before there is further damage to their population’s health, says the OECD.

The report refers to a surge in overdose deaths and argues that the over-prescription of opioids by doctors and the illicit drugs trade have fuelled an increasing health and social crisis. In addition, it is a growing burden on health services.

Opioids are among the world’s most commonly prescribed painkillers. They include naturally occurring chemicals such as morphine and codeine, as well as synthetic drugs. However, they are much stronger than many of the other available options.

Opioids work by combining with receptors in the brain to reduce the sensation of pain. Morphine, tramadol and fentanyl are used to treat pain caused by everything from heart attacks to cancer. Some opioid medications (such as methadone and buprenorphine) are used to help individuals break their addictions to stronger opioids like heroin.

Codeine, morphine and methadone are considered essential for the treatment of pain and end-of-life care by the World Health Organization.

How serious is the problem in the UK?

In terms of daily doses per million of population, the UK is just above the OECD average and well below the USA and Germany. But worryingly the UK has seen a faster rate of growth than any other country surveyed (apart from Israel and Slovakia). This rapid rate of growth in the UK should be ringing alarm bells, says the OECD.

From 2013–2016, there was a 68% rise in the availability of opioid painkillers in the UK, which is associated with increasing medical prescriptions.

Lead author Cristian Herrera told the BBC: “This is a warning sign and the key message is that what happened in the US and Canada starts with over-prescription and can then spread to the illegal market.”

The OECD report also details opioid-related deaths per million inhabitants. In the 5 years to 2016, there was a 20% increase on average. England, Wales, the USA, Canada, Ireland and Sweden were above that average. These deaths include both legal and illegal use of the drugs, and are mostly related to overdoses, which can cause serious breathing problems.

The OECD argues that new clinical guidelines and better training will help doctors to prescribe better. It has blamed drug companies, especially in the USA, for playing a significant role in escalating opioid prescriptions, and spreading messages that the products were low risk. As such, better regulation of marketing and financial relationships with manufacturers is demanded.

The OECD also advocates better care and therapy for people with addiction issues to prevent them moving from the prescription system to the illegal market.

The Department of Health and Social Care recently announced measures after the Secretary of State, Matt Hancock, expressed concern over the rise in prescriptions for opioid drugs.

“I have been incredibly concerned by the recent increase in people addicted to opioid drugs. Painkillers were a major breakthrough in modern medicine and are hugely important to help people manage pain alongside their busy lives – but they must be treated with caution. We know that too much of any painkiller can damage your health, and some opioids are highly addictive and can ruin lives like an illegal drug”, he said.

“Things are not as bad here as in America, but we must act now to protect people from the darker side of painkillers. We need to place a greater focus on making sure that these medicines are used appropriately and for pain management alone, and make sure people are fully aware of the risks”, said Mr Hancock. AlphaBiolabs offers a range of drug testing services including hair, oral fluid, urine and nail clippings. We also have a 14-panel home drug testing kit. For information, call us on 0333 600 1300; email: info@alphabiolabs.com; www.alphabiolabs.co.uk.