Pandemic accelerates sales of no- and low-alcohol alternatives 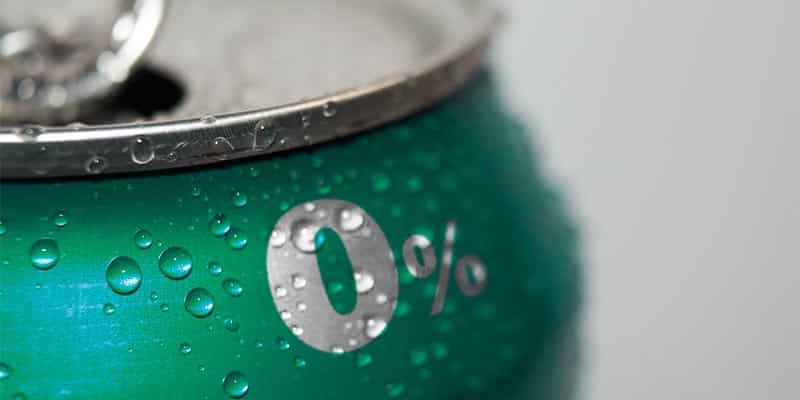 Recent figures suggest that supermarket sales of so-called “nolo” drinks have surged by 50% over the past year, exceeding £200m for the first time.

No- and low-alcohol beer, wine and spirits are particularly favoured by younger drinkers who are going teetotal, as well as established drinkers who are looking to cut back on their alcohol consumption.

Last year the Portman Group, the social responsibility and regulatory body for alcohol in the UK, claimed that the nolo category was becoming a regular feature in weekly shops around the country.

John Timothy, chief executive at the Portman Group said: “Before 2020, sales were driven largely through pubs, bars and clubs, but the increase this year has come from shoppers including low and no options in their baskets to be enjoyed at home. They are likely to be part of the moderate majority who continue to enjoy the experience of drinking but are sometimes choosing reduced alcohol or nonalcoholic options.”

As demand for low-alcohol alternatives grows, beer start-ups are now turning their hand to brewing nolo beers. Even 70s favourite shandy is set to make a comeback! This month, Sainsbury’s will start selling the craft brand Shandy Shack in 51 of its stores.

Ed Stapleton, co-founder of Oxford-based Shandy Shack told the Guardian that the trend towards alcohol moderation has “greatly accelerated” during the pandemic. He added: “The moderation movement represents an important, progressive consumer shift that is here to stay.”

According to the Society of Independent Brewers (SIBA), the craft beer revolution has seen the number of UK consumers drinking beer up from 40% in 2018 to 48% in 2019. SIBA also found that more women are now choosing to drink beer regularly.

SIBA spokesman Neil Walker said: “These super-low-alcohol options – equivalent in alcohol content to a ripe banana – can only be a good thing and allow people who are looking to cut down their alcohol intake to enjoy great-tasting drinks.”

Despite these claims, other recent research shows that alcohol consumption may have actually increased during the pandemic. Data also indicates that during 2020, the majority of people who ended up in hospital due to alcohol consumption were from older generations.

Could these contrasting news stories suggest a widening divide between older and younger drinkers?

AlphaBiolabs offer a variety of legal alcohol testing options for the family law and social work sectors. We also provide workplace alcohol testing for businesses. To find out more, contact our Customer Services team on 0333 600 1300 or email info@alphabiolabs.com.