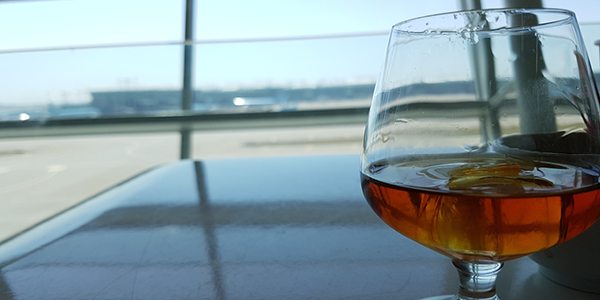 We’ve become accustomed to seeing merry holidaymakers surrounded by pints of beer at airport bars prior to early morning flights. However, being able to toast your upcoming holiday during antisocial hours may soon be a thing of the past. Tougher rules are being demanded on the sale of alcohol at airports as the number of UK passengers arrested for drunken behaviour increased by 50% in the past year. As well as leading to inappropriate behaviour, drunk passengers can be a real concern to safety in the air.

The punishment for disruption to flights varies depending on the severity. Acts of drunkenness on an aircraft face a maximum fine of £5000 and 2 years in prison. The prison sentence for endangering the safety of an aircraft is up to 5 years. If a flight needs to be diverted, disruptive passengers may also be asked to reimburse the airline for the cost incurred. These costs can range from £10,000–80,000 depending on the size of the aircraft and where it diverts to.

Airport bars can serve travellers as early as 4 am. This is because UK licensing laws, which prevent the sale of alcohol outside permitted hours, do not apply to alcohol sales at UK international airports. The Home Office is now proposing to close this loophole by extending the Licensing Act 2003.

However, it’s not just alcohol bought at bars prior to flights that is causing the rise in drunk passengers. Cabin crew frequently find litre bottles of spirits brought by passengers to consume on their flights. Most offenders are found on routes to the Spanish airports of Alicante, Ibiza and Palma.

Last year, the UK aviation industry brought in a voluntary code recommending that airports and airlines work together to limit disruptive behaviour and to sell alcohol responsibly. Most of the larger airlines and airports have signed up to this. Airport bar managers will no doubt say that the sale of alcohol is not the problem; it’s the misuse and drinking to excess by a handful of passengers that is to blame. Maybe it’s time for alcohol testing to be introduced prior to boarding?