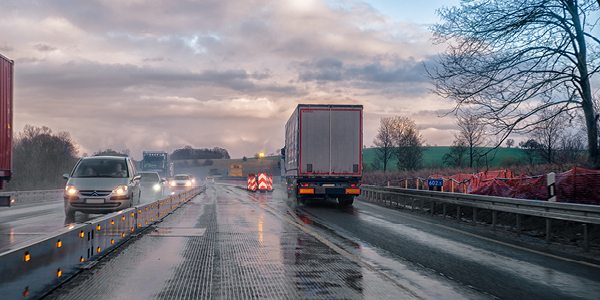 More than 1.5 million Tramadol painkillers were stolen from a lorry at a service station on the M62 in West Yorkshire earlier this month. In total, 15,072 packs were taken from the back of the lorry, each containing 100 tablets. The powerful painkiller is an opioid drug that is potentially addictive and can kill if abused. According to the BBC, NHS staff were told not to alert the public about the theft of the tramadol tablets. West Yorkshire Police have since urged people not to take the stolen drugs.

Tramadol attaches to receptors in the brain to change the perception of pain and it is believed that this helps block pain signals in the spinal cord and hence is used to treat moderate-to-severe pain in adults. It is a Class C drug and should only be dispensed by pharmacists with a doctor’s prescription; however, it is also sold illegally by street dealers. Addiction to the painkiller is well-known and accounted for 184 deaths in Britain in 2016 (compared with 371 for cocaine and 1209 for heroin/morphine the same year). The effects of Tramadol include drowsiness, fatigue, loss of appetite, nausea, confusion, diarrhoea and dizziness.

Last year, Ant McPartlin highlighted the serious social problem of Tramadol addiction. The well-known presenter, half of TV duo Ant and Dec, blamed depression and chronic pain for his addiction to the painkiller. He originally started taking the drug to deal with the pain from a knee injury, which intensified after an operation went wrong. He overcame the addiction by checking himself into a rehabilitation clinic.

AlphaBiolabs can test for Tramadol use using state-of-the-art drug testing equipment and processes. It can also detect Tramadol in hair to quantify use over a period of time to show if a subject has reduced their intake or stopped taking the drug. For expert advice on drug testing solutions, please call 0333 600 1300 or email us at info@alphabiolabs.com.