Should couples be DNA tested before having children? 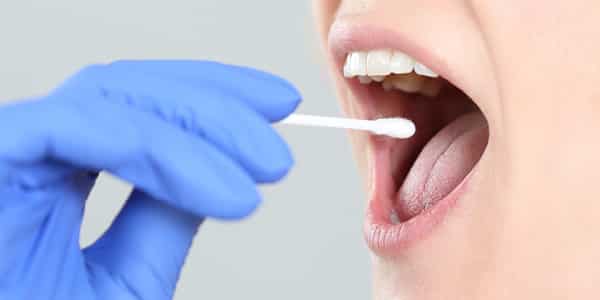 Couples should have their DNA tested before starting a family to minimise the risk of inherited disease, according to a prominent geneticist. As a result, they may have to decide to stay childless.

George Church has been a professor of genetics at Harvard Medical School for the past 30 years. His work has explored everything from reversing aging to resurrecting the woolly mammoth, and he was one of the architects of the revolutionary Human Genome Project (HGP), which sequenced human DNA in its entirety.

About 5% of babies have inherited conditions, such as muscular dystrophy, cystic fibrosis and sickle-cell anaemia. There are about 7000 such conditions, all due to parents being badly matched genetically. In an interview with science magazine Discover, Professor Church argues that the world could be rid of such diseases if couples took DNA tests before having a family.

Millions of couples would be advised not to have children to eliminate these inherited conditions. They could use IVF instead so the embryos would be screened. Alternatively, genetic testing of an unborn baby could be considered with a view to termination. While such testing might be expensive, Professor Church points out that the illnesses last a lifetime and cost millions to health providers, such as the NHS.

In the UK, genetic diseases are a growing problem among some Asian and other ethnic communities where it is common for first cousins to marry. A report from Bradford city council said such relationships were a significant factor in deaths from genetic abnormalities. Research shows that the number of babies born with birth defects in Bradford is nearly double the national average. Consanguineous marriage (matrimony between individuals who are closely related) accounted for nearly a third of abnormalities in a study of more than 11,300 babies.

Some Jewish communities face similar issues. About 20% of Ashkenazi Jews are carriers for at least one severe recessive genetic disorder, such as Tay-Sachs disease. This is a genetic disorder that results in the destruction of nerve cells in the brain and spinal cord. Infantile Tay–Sachs disease becomes apparent around 3–6 months of age with the baby suffering seizures, hearing loss and the inability to move. Death usually occurs in early childhood.

In the USA, genetic matchmaking is now a part of marriage for Ashkenazi Jews. Boys and girls have their DNA sequenced in high school. They’re assigned a number, but not told if they’re a carrier of the disorder. Once a couple is ready to get married, they send their numbers to religious officials, who compare them. If both carry genes for Tay-Sachs, they are informed and given genetic counselling about their options. Thousands of Ashkenazi couples go through the process every year, and more than 4500 have decided not to get married as a result. This has already significantly reduced cases of Tay-Sachs, according to Discover magazine.

Professor Church imagines a variation of this program for couples everywhere. Social media and online dating sites could be modified to implement this kind of genetic matchmaking for all diseases. In his vision, these kinds of services would add in a genetic screener. If a match might lead to offspring with a fatal disease, you wouldn’t be shown that person. Further details on AlphaBiolabs’ range of DNA testing services, including prenatal DNA testing, can be accessed at https://www.alphabiolabs.co.uk/. If you have any queries, please call Customer Services on 0333 600 1300 or email customerservices@alphabiolabs.com.