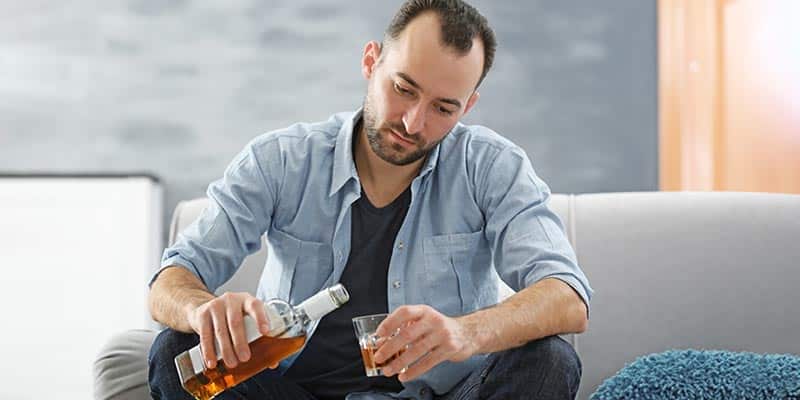 New research by the charity Drinkaware shows that 49% of people who have been made redundant, or are going through the redundancy process, are consuming more alcohol than before the pandemic began. This is up from 38% in December 2020.

Undertaken between 27th and 30th April 2021, the poll surveyed 4,000 people. Concerns are growing that the figures could increase still further when the government’s furlough scheme is reduced. It is due to end completely on 30th September.

Nationally, levels of alcohol consumption have increased across the board. People are drinking 20% more alcohol on average, while 66% of high-risk drinkers (consuming more than 34 units a week for women and 50 for men) are now consuming even more than they did before March 2020.

Among parents of children under 18, 33% are drinking more than usual, while 10% described themselves as drinking “much more” than usual.

Drinkaware has tracked drinking habits since the beginning of the first lockdown last year. In response to the results of its latest survey, it is calling for alcohol harm to be recognised as a public health priority. The charity has also asked that particular focus is given to certain groups, including those affected by furlough and redundancy.

Drinkaware Director Annabelle Bonus said: “Our survey shows that there are clear differences in the drinking habits across certain groups of the UK population, signalling a clear need for targeted action and appropriate support.”

She added: “It is concerning that the proportion of adults drinking more since the start of the pandemic has increased from December to April, and we must ensure that people drinking more since lockdown began to get the help and support that they need if we are to reverse this trend.”

Overall, Drinkaware has seen an “increased polarisation” in drinking habits since December, with a higher proportion of UK adults either drinking more or less alcohol than prior to the pandemic.

We have already seen reports of no- and low-alcohol alternatives growing in popularity, which suggests that although some UK drinkers are drinking more than before, others are attempting to cut down.

AlphaBiolabs provide legal alcohol testing services to local authorities and organisations involved in family law. We also offer workplace alcohol testing to protect your business and your employees. To find out more, contact our Customer Services team on 0333 600 1300 or email info@alphabiolabs.com.