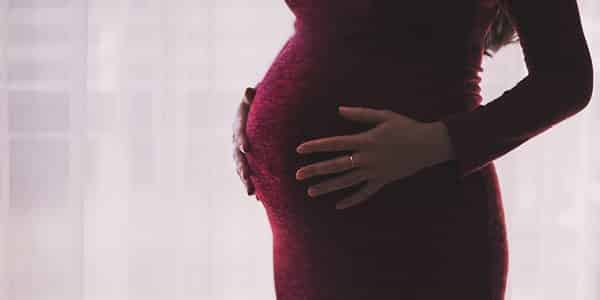 A mother who became pregnant with her own child whilst carrying a baby as a surrogate for another couple has endured an emotional battle to get her baby son back.

Jessica Allen’s extremely rare case resulted in her carrying ‘twins’ with two different sets of parents. The 31-year-old mother was surprised to learn that she had gotten pregnant again due to a medical phenomenon known as superfoetation. This is when a pregnant woman continues to ovulate and releases an egg a few weeks into her pregnancy. The second egg is fertilised, and the woman is then pregnant with two babies simultaneously.

Usually, when a woman becomes pregnant, several biological processes happen to prevent her from getting pregnant a second time. Hormones are released that halt ovulation, a ‘mucus plug’ develops in the cervix to prevent sperm from traveling to the uterus, and the lining of the uterus changes, making it hard for another embryo to implant.

Allen, of California, USA, had agreed to be a gestational surrogate for a Chinese couple, according to the New York Post. In April 2016, doctors used in vitro fertilisation to produce an embryo, which was implanted in Allen’s uterus. She soon became pregnant with the surrogate baby, but at 6 weeks of pregnancy, she was told she was carrying twins. Allen believed that the Chinese couple’s embryo had split in two, making the twins identical.

When Allen gave birth to the pair last December she handed the babies over to the couple. However, concerns were raised when she saw a photo of the growing boys. It was soon apparent that the ‘twins’ looked different and were not identical. A DNA test confirmed that one baby was Allen’s biological child and the other baby was the Chinese couple’s child. A complicated legal battle then ensued to get custody of her son, who was not legally her child when he was born.

Allen is telling her story now to raise awareness of superfoetation for women considering surrogacy. It is possible that superfoetation happens more often than is reported. The condition may go undetected because the two foetuses are so close in age that they may be considered twins. This is different from fraternal twins, in which two eggs are fertilised at the same time, and the foetuses are the same gestational age. It’s only by DNA testing, or when doctors can detect clear differences in the maturity of the foetuses, that cases of superfoetation can be detected.

Because superfoetation is so rare, it’s difficult to know whether IVF procedures, or surrogacy, can influence the likelihood of the condition. However, in future surrogacy cases in which a twin pregnancy occurs unexpectedly, it may be of interest to all parties to rule out superfoetation as soon as possible.

An easy way to determine whether multiple children from the same birth are genetically identical or not is by zygosity twin testing. The test involves analysing tiny amounts of DNA from inside each sibling’s mouth.