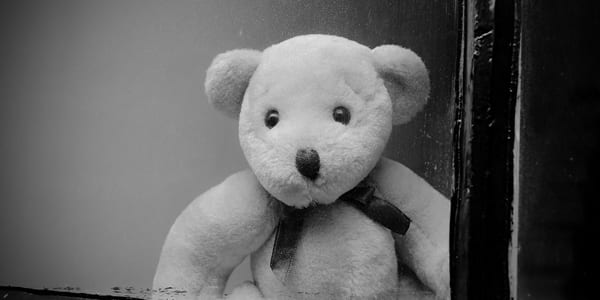 The report, A Crying Shame, says that of 19,640 under 1-year-old babies identified as being ‘in need’, 15,820 were still living at home. It also estimates that 8300 babies are growing up amid the ‘toxic trio’ of drug or alcohol addiction, domestic violence and severe mental ill-health. Around 25,000 are growing up in homes with two of these toxic issues.

The report analyses official data from 2017 and says that children under 1-year-old growing up in homes where there are issues of addiction, domestic abuse and mental ill-health are known to be at very high risk of severe harm. Babies are particularly vulnerable as they are entirely reliant on their parents to keep them safe and happy.

“When they are born into families where they might be harmed or neglected, the risk to them is greater than to older children”, the report says. “They are fragile, they cannot speak, and – unlike older children – they may not attend any universal services such as education, where adults outside the family have a chance to see them. Hence, despite their increased vulnerability, they can be invisible to professionals.”

Anne Longfield, the Children’s Commissioner for England, is calling for more money to be made available to cash-strapped councils and urges the government to address the issue in the coming Budget. A spokeswoman for the Department for Education said they were working to tackle these issues through the Domestic Abuse Bill to better protect and support victims, as well as reviewing the outcomes for children in need. Up to £270 million is being invested in children’s social care programmes to improve the lives of vulnerable children. The Government has also pledged £8 million to support children who are exposed to domestic abuse and £500,000 to expand helplines for children of alcoholics.

Councillor Anntoinette Bramble, chair of the Local Government Association’s Children and Young People Board, said there had been a record number of children entering care, with councils starting 182 child protection plans every day.

Over 8 years, the number of newborn babies subject to care proceedings in England has more than doubled, from 1039 in 2007–2008 to 2447 in 2016–2017. Newborn babies are defined as being under 7 days old, and are typically taken into care when assessed as suffering, or at risk of significant harm in the family home.

The report was funded by the new Nuffield Family Justice Observatory and written by a team of academics, using data provided by CAFCASS, the children and family court advisory and support service. It showed a significant variation between different regions, with rates for Yorkshire and the Humber more than double those for London over the 8-year period.

Almost all the cases resulted in a care order being issued by a judge and the baby ultimately being removed, most for adoption and others to foster care or extended family. Only 14% of the babies stayed with their birth parents. Some judges have described removing a newborn baby from its mother as the most severe intervention a family court can make. Nearly half of the mothers (47%) had already had older children taken into care, indicating that for 53% this was their first baby.

Sir James Munby, who has just retired as the president of the Family Division of the High Court, welcomed the research but said more work needed to be done. Commenting on the regional variations, he said the data were important, as there appeared to be “significant differences” between the way courts and local authorities behaved, despite similar demographics or levels of deprivation.

For information on any of AlphaBiolabs’ drug testing services, or alcohol-testing solutions including continuous alcohol monitoring, please call 0333 600 1300 or email us at info@alphabiolabs.com.