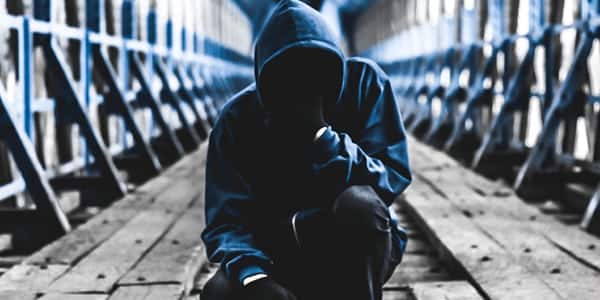 Known as ‘County Lines’ networks, city gangs are using children as young as 12 years old to help move Class A drugs to out-of-town locations. As their traditional markets in big towns and cities have become saturated, these gangs are expanding their businesses into outlying areas. Not only do they stand to reap huge profits from such expansion, they have less resistance from local dealers and less risk of being known by police.

According to latest estimates there are now more than 1000 County Line operations across the UK: a four-fold increase in just 4 years. Figures show that children are increasingly being arrested for possession with intent to supply heroin and crack cocaine. The children, lured by the promise of ‘easy money’, sell their drugs via untraceable, dedicated mobile phone numbers or ‘lines’ once in the targeted area.

Children’s Commissioner for England, Anne Longfield, has warned about the menace of County Lines, saying that youngsters from every midsized town could get sucked into drug dealing.

“This is now something that is a problem throughout the country and for most towns of substantial sizes. If they have not been targeted already they will be targeted. There are increased instances of middle class children being involved”, said Mrs Longfield.

Areas that saw the biggest rise in the number of arrests included Norfolk, Devon and Dorset. In Norfolk the numbers rose 317%, from 29 in 2013 to 121 last year.

Paul Sanford, a Norfolk assistant chief constable, said: “Norfolk Constabulary has been focused on disrupting and preventing County Lines drug dealing in our local towns and villages since December 2016 when we launched Operation Gravity. Since then a total of 578 people have been arrested.”

Data from 24 police forces obtained by the Guardian show that the number of arrests for children under 18 years for possession with intent to supply and supplying drugs rose by 28% between 2013 and 2017 (from 1639 to 2097). Five police forces provided figures for children under 16 years, which showed that arrests in this age group almost doubled, from 157 to 312, over the same period.

The crackdown on County Lines trading has been welcomed as good news by most. However, concern has been raised as to what is done to support these youngsters following their detention.

Arresting young people is not the answer, according to Junior Smart, the founder of the SOS Gangs project in London. “Any action that criminalises a child should concern everybody. Where in the hierarchy are these young people? These kids on the street corners [dealing] are not the ones bringing in drugs in the first instance. The people creating the drugs market are still where they are,” he said.

SOS was one of the first services to offer a dedicated service addressing the issue of County Lines. It helps join up services, offers intensive support and interventions to the young people affected and provides expertise to professionals in the areas affected.