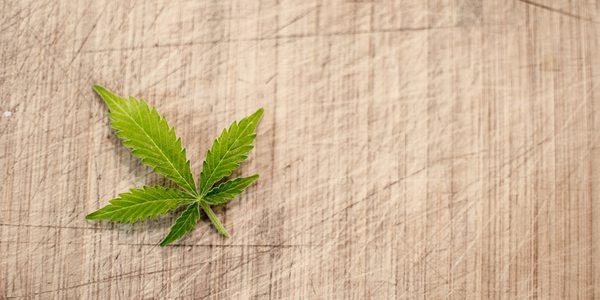 The UK is the world’s largest producer and exporter of legal cannabis for medical and scientific use; and yet the UK government maintains that cannabis has no medical use. This hypocrisy has been slammed by a drug policy reform group.

The UK produced 95 tonnes of legal cannabis in 2016, more than double the total of the previous year, according to a new report from the UN’s International Narcotics Control Board. This accounted for 44.9% of the world total. Canada was the next largest producer with 80.7 tonnes.

In terms of exports, the UK accounted for approximately 2.1 tonnes, equating to 67.7% of the world total, followed by the Netherlands at 16.4%.

Transform, a charitable think tank that campaigns for the legal regulation of drugs both in the UK and internationally, has criticised the UK government, saying they have “consistently refused to allow medical cannabis in the UK on the basis that it has ‘no therapeutic value’”. Steve Rolles, Transform’s senior policy analyst, said: “It is scandalous and untenable for the UK government to maintain that cannabis has no medical uses, at the same time as licensing the world’s biggest government-approved medical cannabis production and export market.”

“UK patients are either denied access and suffering unnecessarily, or are forced to buy cannabis from the criminal market. Countries with proper access to medical cannabis do not have this problem, as standardised cannabis products are in the hands of doctors and pharmacists”, said Rolles.

A significant part of the UK’s legal cannabis production goes towards a medicine called Sativex® (nabiximols), produced by GW Pharmaceuticals. Sativex® has been developed as a treatment for the relief of symptoms in patients with moderate-to-severe spasticity due to multiple sclerosis (MS) that has not been adequately treated with current therapies. It is a mouth spray consisting of a formulated extract of the cannabis sativa plant that contains the principal cannabinoids delta-9-tetrahydrocannabinol (THC) and cannabidiol (CBD) in a 1:1 ratio. In the UK, Sativex is available on prescription for patients suffering the effects of MS, but it is only on the NHS in Wales.

Meanwhile, doctors in Australia are being warned against rushing to prescribe medical cannabis despite the country’s recent acceptance of its use. To date, the evidence on its effectiveness remains limited, say Jennifer Martin and Associate Professor Yvonne Bonomo in an editorial for the Royal Australasian College of Physicians (RACP).

Writing in the Medical Journal of Australia, Martin and Bonomo say that the usual regulatory processes designed to protect patients from potential serious harms caused by medicinal cannabinoids must be adhered to.

“The pace and scale of the introduction of medicinal cannabis are unprecedented and have raised challenges for health professionals, not so much because of its known addictive and psychoactive properties, but because its introduction has not followed the usual research-based safety and effectiveness processes,” they say.

Martin and Bonomo argue there is a need for stronger and more streamlined guidelines in administering and supplying medical cannabis.

For information on any of AlphaBiolabs’ drug testing solutions, please call 0333 600 1300 or email us at info@alphabiolabs.co.uk.