US schools prepare for student overdoses 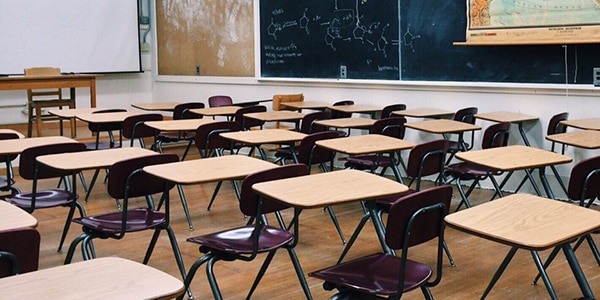 As the opioid crisis continues to grip the USA, the state of Alabama is pioneering a project to train school staff on how to treat pupils suffering from drug overdoses. The medication, naloxone, is being included in schools’ standard emergency kits alongside defibrillators and EpiPens.

Like most other states in the USA, Alabama had recommended school nurses administer the treatment, but since the start of the year they have widened the training to include other teaching staff, including teachers, coaches and administrators. No child is known to have overdosed in Alabama’s school system, but authorities fear it’s only a matter of time. They say they want to be proactive, rather than wait for the first tragedy.

“Times have changed. Kids are getting things out of their parents’ cabinets. They don’t have to go out on the street, and they don’t know what they are taking”, says Jan Cibulski, School Nursing Supervisor in rural Shelby County, one of the regions signing up to the programme. Florida, which has already had multiple cases of in-school opioid overdoses, is said to be considering a similar initiative.

The training sessions are held in well-equipped medical teaching rooms and include life-sized dummies that are usually used by pupils who want to go into nursing. Alabama’s Department of Education says the training has been designed to help teaching staff get over their fear factor associated with tackling overdose cases. As well as getting tips on how to spot the signs of an overdose, they are told how to treat unconscious students.

Staff are instructed to call 911, try mouth-to-mouth, and then use EVZIO® (naloxone HCl injection), the first and only naloxone auto-injector approved by the FDA. The device resembles a cigarette packet and is pressed against the patient’s outer thigh, through their clothes. A stilted automated voice then counts down how long you need to leave it in place (around 5 seconds). Using the device takes less than a minute. It then takes around another minute or two for an unconscious victim to rouse. The patient tends to spring up, confused and agitated, so part of the training involves preparing teaching staff for this shock.

In 2015, Alabama was the highest prescribing state in the USA for opioid pain-relief prescriptions, according to the Center for Disease Control and Prevention. The non-mandatory training scheme is available to every high school in the state. The costs are covered by a grant via the state’s Department of Public Health and around 21 local education agencies have signed up since the scheme was unveiled in January. If funding can be secured, it will be offered to elementary schools too.

Everyone should carry the antidote

Last year, the US Surgeon General instructed all Americans who are at risk of overdose, and those close to them, to carry naloxone. The Food and Drug Administration is considering whether doctors should prescribe the antidote at the same time as painkillers for patients considered at high risk.

Naloxone is already kept on hand in various community centres and police stations, and is stocked by plenty of pharmacies. It is also available as a nasal spray. However, although insurers often pick up the bill, it remains costly. New York City Health Department has handed out thousands of Naloxone overdose-rescue kits and bolstered overdose training for emergency responders and medical professionals. In the UK, a crime commissioner has suggested that all frontline officers should be equipped with overdose kits to help tackle the soaring numbers of drug addicts who are dying on UK streets.

Drug testing in schools is becoming more widespread. AlphaBiolabs strongly suggests that secondary schools have a drug policy. This policy should make it very clear that any student bringing drugs into school, or attending school while under the influence of drugs, is totally unacceptable. The random testing process should also be clearly defined within this policy. AlphaBiolabs can create bespoke drug (and alcohol) testing programmes and policies for schools, academic institutions and businesses. For information on this or any of our workplace testing services, call us on 0333 600 1300, or email at info@alphabiolabs.com.