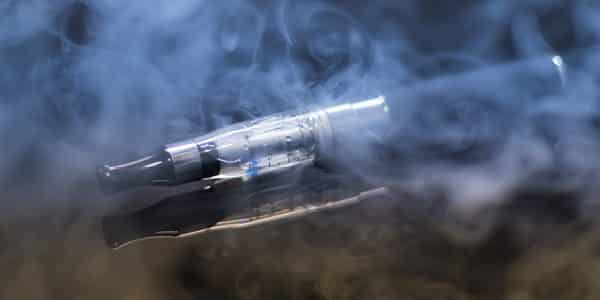 The advantages that vaping has over traditional cigarettes are well documented: no tobacco, no tar, no carbon monoxide, no smoke and less harmful effects to teeth and gums. An e-cigarette contains about five chemicals, while a traditional cigarette contains about 5000. However, a recent study from the USA suggests they are far from harmless and could increase the risk of cancer and heart disease.

The researchers led by Dr Moon-shong Tang, from New York University School of Medicine, warn that e-cigarettes may increase the risk of life-threatening conditions. In laboratory tests, mice exposed to e-cigarette smoke were shown to have higher levels of DNA damage in the heart, lungs and bladder than mice breathing normal filtered air. DNA repair systems, which protect against cancer, were also impaired in the animals’ cells.

Reporting their findings in the journal Proceedings of the National Academy of Sciences [1], the researchers conclude: ‘We propose that ECS [e-cigarette smoke] is carcinogenic and that e-cig smokers have a higher risk than non-smokers to develop lung and bladder cancer and heart diseases.’

The concern is that e-cigarettes are rapidly gaining popularity, especially among young people who regard them as harmless. The USA currently has 18 million e-cigarette smokers; 16% are high school students, said the researchers. In the UK, approximately 2.9 million people used e-cigarettes in 2016. Many of these people are turning to vaping because they are assuming that e-cigarette smoking is safe.

The research to date shows that e-cigarette smoke is carcinogenic to mice lungs and bladder, and harmful to their heart. The effects of this smoke in humans needs further investigation.