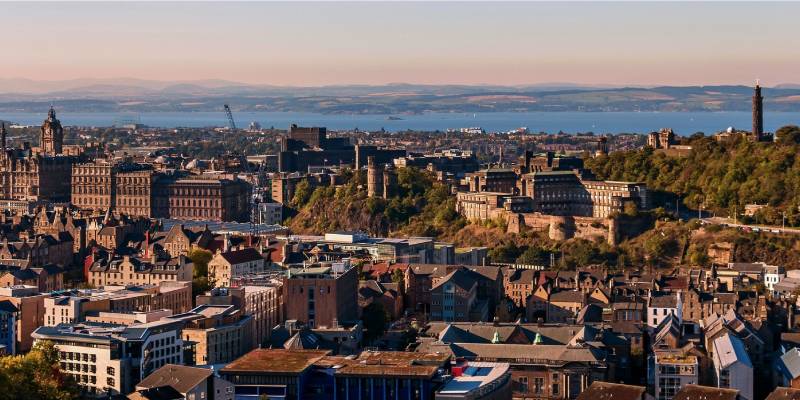 Shocking figures out this week show that Scotland has the highest rate of drug-related deaths in Europe; and the numbers are continuing to rise at an alarming speed.

In total, 1187 people died following drug use last year, an increase of 27% on 2017. The country’s drugs death rate is now higher than the USA and three times the UK average. In the USA, the latest figures suggest a drug death rate of 217 per million people, compared to a figure in Scotland of 218 per million.

The heroin-substitute methadone, prescribed by the NHS to help heroin users, caused more deaths than the drug it is meant to replace and contributed to nearly half the total mortality figure. Experts say that methadone is recognised by the World Health Organisation as an essential medicine but the way it is being delivered is not effective.

Elinor Dickie, of Public Health Scotland, said methadone could be significant for keeping people in treatment but there needed to be an integrated model of care to provide broader support.

The new drugs tsar, appointed by the Scottish government, is heading up a new taskforce to examine Scotland’s drugs laws. Specifically, it will examine the 1971 Misuse of Drugs Act and consider if elements of it could be devolved to allow medically-supervised drug consumption rooms (DCR). It is almost 3 years since Glasgow City Council first proposed allowing users to take their own drugs under the supervision of medical staff at a DCR in the city. The idea is to remove drug users who inject heroin or cocaine from Glasgow’s streets to a safe and clean environment. The hope is that the DCR would encourage addicts into treatment, cut down on heroin needles on city streets and reduce the spread of diseases such as HIV.

The UK’s first DCR was unanimously approved by the Scottish government but was rejected by Westminster. The Home Office refused saying a range of offences would be committed, including possession and supply of controlled drugs, and knowingly permitting the supply of a controlled drug. However, drugs tsar Professor Catriona Matheson said supervised DCRs were operating in countries around the world and were definitely a route worth considering.

In recent months, changing the law to decriminalise the use of drugs has risen to the top of the agenda. Scottish newspaper The Daily Record is campaigning for decriminalisation.

It wouldn’t mean that drugs would be legal, but that people would not be prosecuted for possession for personal use.

Last week, the Scottish affairs committee at Westminster heard Police Scotland’s Assistant Chief Constable Steve Johnson give an impassioned appeal for radical reform, pleading with politicians to have the confidence and courage to decriminalise. He said the criminal justice process was actually pushing people into a place where there was more harm.

Across Europe, Germany, Spain, Switzerland, Canada and Portugal are among 25 nations to loosen the punitive attitude to drug possession thus enabling treatment programmes to succeed. Portugal decriminalised possession of small quantities of drugs and now has one of the lowest rates of drug deaths in Europe. Users can be fined heavily, have their passports confiscated, be banned from certain places and be forced into rehabilitation.

Professor Matheson said that the evidence for decriminalisation was strong across the world. Decriminalisation is not about filling our prisons with people who have problem drug-use because that further marginalises them and makes their recovery all the more difficult, she said.

The savings made through people not going to prison could be used to treat drugs, alcohol and mental health issues.

Drug use is 17 times higher in Scotland’s poorest areas compared to the wealthiest. The majority of the drugs-related deaths are concentrated in Glasgow, which has long suffered from deeply ingrained poverty. Life expectancy in the city is worse than in Iran and Algeria.

Those trying to halt the drugs crisis say poverty must be tackled.

Dr John Budd, a GP who works with homeless people in Edinburgh, says poverty was the source of so many issues associated with alcohol, drugs and mental health. The vast majority of his patients had experienced very significant adversity in childhood.

“If you look at drug or alcohol-related deaths, those are very focused on people coming from deprived backgrounds”, said Dr Budd. “The harms related are not just a random selection. It is very much a health inequality issue.”

“When we consider that the average age of our patients is 39, we are really looking at a morbidity picture that you would expect to see more in people in their mid to late-80s. It is a very unhealthy population”, he said.

“The vast majority of our patients have long-term chronic physical health conditions at a very young age. The average age of death for our patients is 47, so we are talking about Victorian levels of life expectancy.”

The stigma around drug addiction is believed to be stopping people from seeking treatment.

Professor Matheson said the people who needed help were the most marginalised in Scottish society and called for a non-judgemental approach to public health. She said they were not willing or interested or engaged with services because they are stigmatised and do not want to come forward.

The Global Commission on Drug Policy hopes to reverse the stigma associated with drugs, which has an unfortunate double effect: the more society stigmatises and rejects people who use drugs, the fewer opportunities for treatment will be on offer. In addition, stigma drives individuals who need help away from those services that are available.

Patricia Tracey from Turning Point, said: “Services are available, but people often find it difficult to come forward, and the services are on the periphery rather than the mainstream. We need to address the stigma. People experience difficult times and sometimes they abuse substances. We can work with them.”