Why is the UK such a cocaine-loving country? 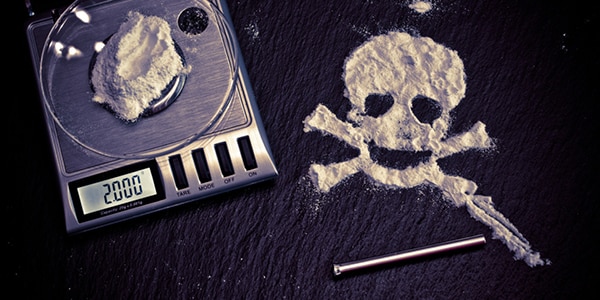 Britain snorts more cocaine than almost anywhere in Europe and its love for the drug is growing.

In addition, more young people are taking cocaine than ever before: 6% of 16–24-year-olds have tried it. It is also likely that Home Office figures – which often exclude students, prisoners and homeless people – underestimate cocaine use because those groups typically have above-average illegal drug use, reports The Guardian.

Most of this cocaine ends up in the sewage system, and researchers have been finding increasing levels in Britain’s water supply since 2012. Levels are highest at weekends, indicating recreational use.

Not just for the well off

Data from the crime survey of England and Wales showed that powdered cocaine use increased from 2.2% in 2014–2015 to 3.4% in 2017–2018 in households earning £50,000 a year or more. However, the use of powdered cocaine also appeals to those in more modest income brackets, says Ian Hamilton, a senior lecturer in mental health at the University of York. “It’s not for financiers in the City of London any more. It’s more affordable, so that’s opened up the market to people who wouldn’t have tried it before.”

The National Crime Agency reports that the Albanian mafia have taken control of the UK’s lucrative cocaine market. They are able to deliver a purer, more affordable product to market, which means that cocaine hasn’t been this cheap since 1990.

Rapid delivery is also increasing consumption. In the UK, 80% of users reported same day delivery of cocaine being available, with 26.7% in London reporting delivery within 30 minutes.

Links with deaths and violence

Hospital admissions for mental health disorders linked to cocaine have almost trebled in the past decade. Cocaine-related deaths have increased for the sixth year running, up to 432 deaths in England and Wales in 2017, compared with 112 in 2011. Although it is important to note that these figures refer to both powdered and crack cocaine, as official statistics do not differentiate between the two when establishing cause of death.

Many deaths take place when users mix cocaine with alcohol, which produces the toxic chemical cocaethylene. Because alcohol is a depressant and cocaine is a stimulant, combining the two in large quantities can overstimulate the heart and nervous system. In extreme circumstances this could lead to heart attacks. It also impairs a user’s ability to measure and make a judgment on risks. In regular users, cocaine abuse can cause the soft inner cartilage of the nose to erode, and it has been linked to brain abnormalities.

Last year, London’s Mayor, Sadiq Khan caused controversy by declaring middle-class cocaine use at parties was fuelling drug-related gang violence on the streets. Days later, Metropolitan Police Commissioner, Cressida Dick, denounced hypocritical middle-class users who profess to be politically aware. However, evidence points to street-level violence being more associated with the dealing of crack cocaine across County Lines. Powdered cocaine has a different supply chain. There is violence in that supply chain too, but most of it happens in Latin America.

As the purity and availability of cocaine increases, so too does the misery caused. Regardless of whether or not cocaine causes knife crime on our streets, one thing is for certain: it causes real damage. Cocaine is one of the main drugs tested for in AlphaBiolabs’ drug testing solutions. For information, including our home drug testing kit, please call 0333 600 1300 or email us at info@alphabiolabs.com.