Xanax linked to more than 200 deaths 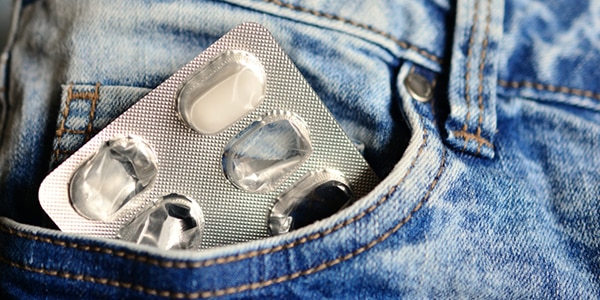 Xanax is the brand name for a benzodiazepine called alprazolam, which is prescribed for anxiety and panic attacks. It can be obtained on private prescription in the UK, although not through the NHS. Pfizer, the company that developed Xanax as a prescription drug, said it was alarmed by the rise of counterfeit versions adding that it continued to work side-by-side with all law enforcement agencies.

“We are taking a smarter approach to restricting the supply of drugs and are adapting our approach to reflect changes in criminal activity”, it said.

Counterfeit versions of the class C drug are often bought via the dark web, mixed with other substances and may be a higher strength.

Figures provided by the Office for National Statistics show there were 35 deaths reported in England and Wales between 2015 and 2018. Between 2015 and 2017, 43 people died in Northern Ireland after misusing Xanax with other drugs.

Northern Ireland’s police service (PSNI) said counterfeit Xanax was the third most-seized drug there, accounting for 25% of the 113 deaths involving drugs recorded in 2018.

Some hospitals have been struggling to cope with overdoses involving the misuse of Xanax. NHS Grampian in Aberdeen issued a warning of the dangers in 2018, having recorded 29 deaths involving the drug the year before.

The Scottish government said it was “increasing awareness of the health-related dangers of misusing prescription drugs… and addressing the underlying factors”.

According to data from Public Health England. Xanax, and copies of it, accounted for the sharpest rise in the number of children being treated for addiction to tranquiliser: from eight children receiving treatment in 2016–2017 to 53 in 2017–2018. AlphaBiolabs’ Urine Drugs Test Kit can test for benzodiazepines with instant results. For information on this test and our other drug testing services, including hair, oral fluid and nail testing, call us on 0333 600 1300; email: info@alphabiolabs.com