Phosphatidylethanol (PEth) and ethyl glucuronide (EtG) are both direct and specific biomarkers of alcohol.

This means they are only created when ethanol is metabolised or reacts with substances in the body. In other words, they can only be detected when alcohol has been consumed. 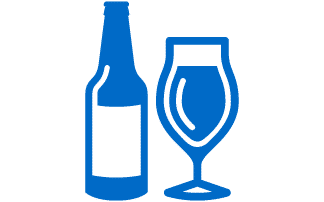 Phosphatidylethanol (PEth) is the most accurate of AlphaBiolabs’ four blood tests to determine alcohol abuse. Its high specificity (48–89%) and sensitivity of 88–100% is because it is directly related to alcohol consumption.

In terms of all alcohol tests, PEth is second to the detection of EtG in hair alcohol testing (see below). However, PEth analysis has the advantage of allowing faster verification as to whether an individual has changed their drinking behaviour.

PEth is actually an abnormal phospholipid, which is produced after alcohol exposure in red blood cell membranes. It requires ethanol for its production and is formed on the surface of a red blood cell when the alcohol reacts with phosphatidylcholine. PEth production begins as soon as ethanol is consumed and accumulates in blood with frequent alcohol consumption.

Window of detection: up to 3–4 weeks.

Advantages: PEth testing can monitor abstinence, drinking behaviour and identify relapse. It can also verify whether individuals have changed their patterns of alcohol consumption.

However, EtG may be lost through the use of hair dye and excessive hair washing. For this reason, AlphaBiolabs determines alcohol abuse in head hair by detecting two metabolites of alcohol: EtG and fatty acid ethyl esters (FAEEs).

These biomarkers are incorporated into the hair via different routes: EtG via sweat and FAEEs via sebum (an oily substance secreted by glands in the scalp). By performing both EtG and FAEE analyses in head hair testing we can better build evidence to support the diagnosis of chronic excessive alcohol consumption with a greater degree of certainty. 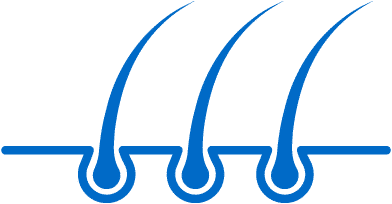 If head hair is not available for testing, body hair can be used, but this only measures EtG.

The time period would also be more approximate due to the nature of body hair growth. Chest, arm, leg and beard hair can be analysed to provide up to a 12-month overview. In the case of body hair testing, we would also recommend a blood test to detect alcohol biomarkers, in conjunction with clinical assessment, to gain a greater insight into an individual’s alcohol use.

Advantages: Alcohol consumption can be retrospectively estimated over a period of months.

EtG biomarkers can become trapped within the keratin fibres along the length of a nail providing a detection period of up to 12 months.

Approximately 10 mg of nail is required for the test. The nail is collected as close to the nail bed as possible. If the nail is long (5 mm or above) then only one would be required. If the nails are short then it may be best to take clippings from several nails. Toe nails as well as finger nails can be used, but not a mixture of both. The advantages of using toe nails is that there is less potential for environmental exposure.

Acrylic nails, Shellac and other forms of nail varnish would need to be removed as this may damage the surface of the nail and impact on the results.

Because only EtG can be detected, we would also recommend a blood test to detect alcohol biomarkers, in conjunction with clinical assessment, to gain a greater insight into an individual’s alcohol use.

Window of detection: up to a 12-month overview

Advantages: simple-to-collect sample to measure levels of EtG. Ideal for those cases where hair testing is not possible (such as the donor has no or little hair, for religious reasons, and for those concerned with their appearance).

If you have further questions about PEth vs. EtG testing

For expert advice on alcohol testing solutions, please call our Customer Services team on 0333 600 1300 or email us at info@alphabiolabs.com.